In the fourth grade I received an old manual typewriter. I immediately put out a family newspaper and charged my sisters 5-cents to read it. They loved me and bought my daily scribblings until mom told them to stop it. I then just gave them copies. We never had hamster cages, so I always assumed they read them and probably tossed them (recycling wasn’t a thing when we were kids). My early writings are probably rotting away in a landfill somewhere and a future archaeologist will find them and say, “Now, here is proof that early humans knew a thing or two. Even the 9-year-olds!”

I loved the idea of the typewriter. My handwriting was always so poor. Yet, the typewriter made everything seem so permanent. You could jot down a thought and there it was in type, like a book. Only you wrote it!

The click-clack of the keys also gave me a sense of power. Slap, slap, slap and there was a word, then sentence, and finally a whole page. I felt like an early philosopher who had discovered new sight. 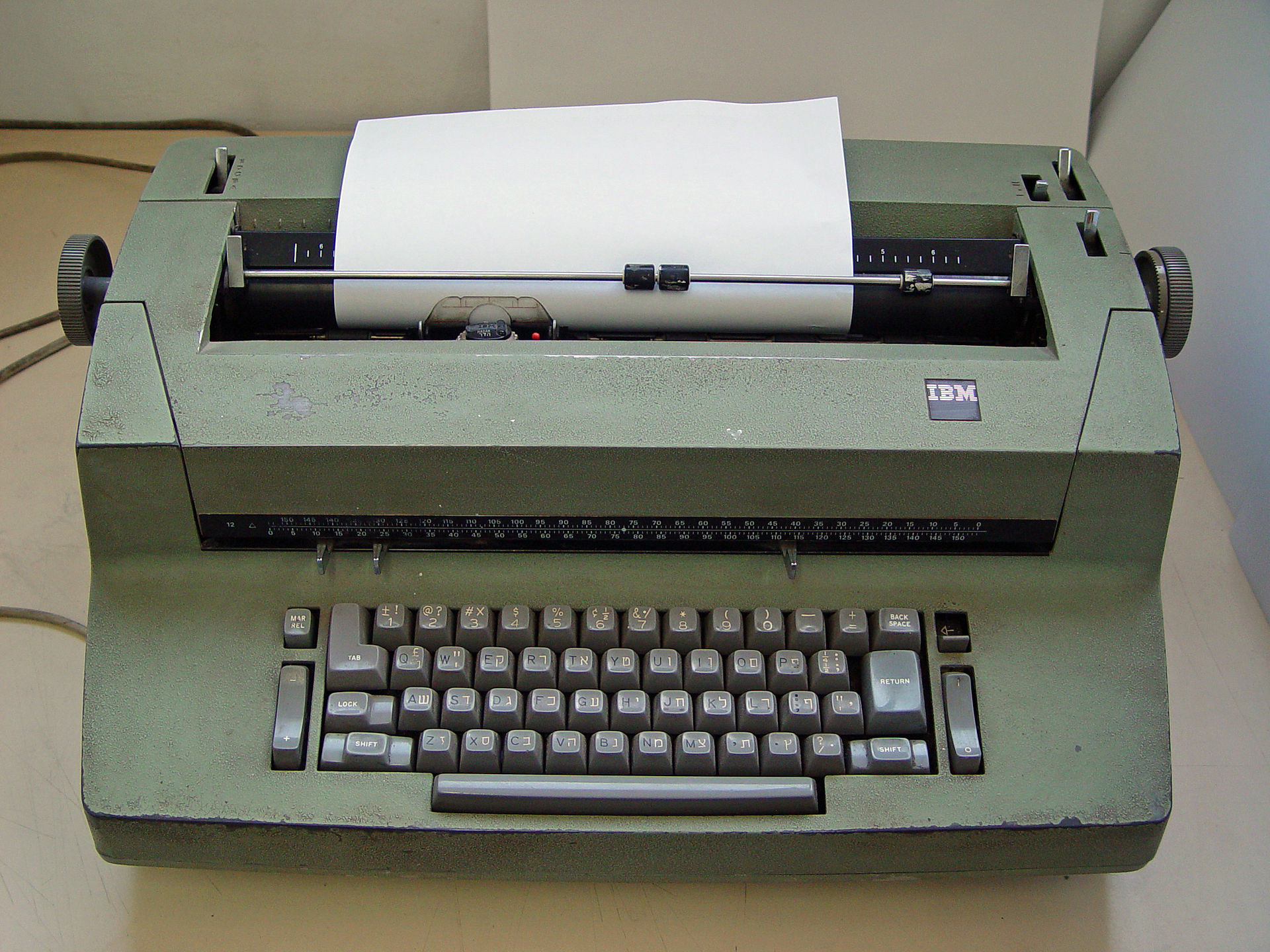 My first professional typewriter was an IBM Selectric. I actually typed on the Selectric I and then I moved up to the Selectric II. Now, that was a typewriter. The golfball in the middle gave it a futuristic sense like you were moving through space to find letters. It was nothing like the wire and letter cage of my manual typewriter. And could you fly. The words just bounced onto the page as the golfball rose up and spun to find the letters. I think that was my favorite typewriter.

It also seemed so professional. You really had made it if you were typing on an IBM Selectric. After that came the computer, and while it also has a charm, it has never replaced my love for the typewriter. I now collect old manual typewriters and here is my latest toy. A Bluetooth typewriter keyboard for my iPad. While it looks like an old Remington, it connects to my writing tools on the Ipad and only comes slightly close to the real thing.

It gives me a sense of the past even if I’m evolving toward the future.

Images mine or Wikimedia

The Document is Incomplete